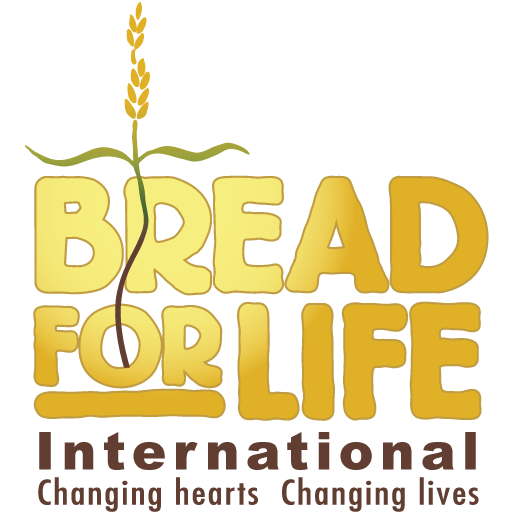 I remember reading the Bible and storybooks as a teenager and new convert to Christianity. They captured my attention, imagination, and passion and propelled me into a world of intrigue and adventure. In many ways, they also deepened my faith because so many stories end up a long way from where they started.

The story of Bread for Life is like that. In the very early 80s, I had a vision for a ministry that would help Africans become spiritually, socially and economically vibrant and curtail dependence, which was becoming Africa’s trademark. I envisioned seeing individuals educated, nurtured and equipped to serve God in various vocations around our country and continent. 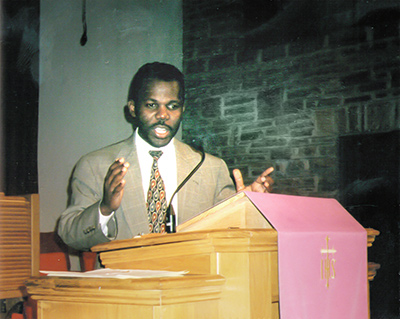 The story started small. Just me, armed with a vision I was convinced was from God. In the mid 1980s, I left Cameroon for studies in the USA with only $20 and a knowing God was leading. I remember, vividly the words God had indelibly impressed in my heart: “I am sending you as a ‘Joseph.”

Bread For Life was formally incorporated as an organization in 1995. Its first office was in the den of James and Patsy Durst’s residence in Kerrville. God began bringing people into my life. One of such persons was Steve and Annette Langton who after our first meeting would become a vital and integral part of Bread for Life. Another such person was Dr. Kathy Holland-Claypool and her husband, Dr. Harry Claypool. Other early supporters were Dr. & Mrs. Kilgore, Mr. & Mrs. Curtis Roberts and Mr. & Mrs. Lewis Blackwell who saw and shared the vision of Bread For Life and embraced it. God used many friends as a source for encouragement: Donald and Trudy Ray, Tim & Sallie Nix as well as Dale & Sheryl Cox opened their homes to me and my team. Greg Campbell, Robert Wiktorski and Ryan Friths were a constant source of encouragement. Their friendship and trust propelled the vision.

Open Door Church in Warren, AR; Calvary Temple Church in Kerrville, TX; Kerrville Bible Church, also in Kerrville, TX; Hill Country Evangelical Free Church, in Fredericksburg, TX, Earles Grove Baptist Church in Westminster, SC and Lakeshore United Methodist Church in Jacksonville, FL would become the first churches to open their doors to me and support the ministry of Bread For Life. The early days were tough, rough and perplexing, but God’s presence and grace was so evident!

In 1998, Dr. Daniel Shu joined the ministry as Executive Director and head of our efforts in Cameroon. Jake & Holly Schilinski came to Cameroon under CTEN in 2000 to serve with us in helping new church plants in Limbe, Cameroon. We sponsored our first Agricultural Farm with Pastor Faustain Mvogo (our first agricultural experiment among Baka Pygmies) in 2001. Elias Ngome joined in 2001 to help with Agricultural ministry, rural development, and evangelism.

Dr. Jackson Downey & Dr. Holland-Claypool initiated our AIDS/HIV education in 2004, together with Nancy Hood. Our Medical Outreach was officially launched in the same year.

Time will not allow me to mention names of those God has raised at various times and stages to give generously to this ministry in one way or another.

The bigger story, however, is not embedded in the numbers of those who have joined or those who have given. The story is rooted in the thousands of lives that have been touched by the ministries of Bread For Life.

Stories of brokenness, frailty, and weakness woven together with healing, confidence, and strength to create a tapestry that attests to the goodness of God in all spheres of life.

In 2005, I moved my family from Yaoundé, Cameroon to Lawrenceville (Atlanta), GA with a focus of building a solid donor base for ongoing projects. This turned out to be another great adventure in faith. In June 2008, my family left the USA and again relocated to Yaoundé, Cameroon, to enable our two young children to grow up in our culture, and to enable me to focus on mentoring and developing new leaderships as well as to provide on going vision for our region.

If in the providence of God, your story is woven into the story, which is Bread For Life, we look forward to your prayers, partnership and sacrificial giving as we cooperate with God in this story of working alongside indigenous persons and efforts: Building individuals, groups and ministries to affect every spectrum of the African life. Ultimately we are all participating in His…story.